Several people were disappointed when I said I was not including any anime or manga in my talk on LGBT superheroes. My position has always been that I simply don’t understand Japanese culture well enough to make critical judgements about what is being said. I’m not the only one. Jonathan Clements is one of the Western world’s leading experts on anime and manga, and sometimes even he is lost for an explanation.

Today on his blog he announced the cancellation of a magazine called WAai! Boys in Skirts, and he reprinted an article he had written when the title has launched back in 2012. He asked, “is this a magazine for boys who like dressing up as girls, or is it a magazine for girls who like to look at boys dressed up as girls?”

I have no idea, and neither does he. He’s pretty sure that the magazine isn’t aimed at transsexuals, but at least in part at male-identified people who like to dress up as girls. (Jonathan uses the term “transvestites” which I gather is deprecated in some activist circles, though I don’t know the community well enough to know if that’s a general feeling, or what they would prefer to replace it.)

Of course both groups are theoretically covered by the umbrella term, trans, though again that’s controversial. Some trans people don’t like including cross-dressers in our community, and I can see why. Whether they intend to or not, they play into the psychiatric view that being trans is just a sexual perversion; they also play into the RadFem view that all trans women are “really men”; and of course they are living proof that trans women are “men in dresses”. And yet, they have exactly the same right to their identity as I do, and I try hard to support that right.

The Irish drag queen, Panti Bliss, is on record as saying that she expects to be referred to as “she” as Panti, but as “he” when in her alternate persona of Rory O’Neill. Which, if you think about it, makes a lot of sense.

There is movement between the groups as well. Back when I started to transition, transvestite clubs were the only places transsexual girls like me could find help and support. We moved through rapidly, of course, leaving as soon as we felt confident enough to exist in the world as women. But some people do make the journey from cross-dressing occasionally to doing so full time, and then opting for medical transition. That route is no less valid than the one of knowing your identity from childhood.

My point is that if it is this difficult to understand the relationship between transsexuals and cross-dressers in our culture, how the heck are we supposed to understand what Japanese people think about such things?

It’s complicated, as the saying goes. I try to avoid passing judgement, and instead try to accept people as they are.

So I am giving the last word to Janet Mock. 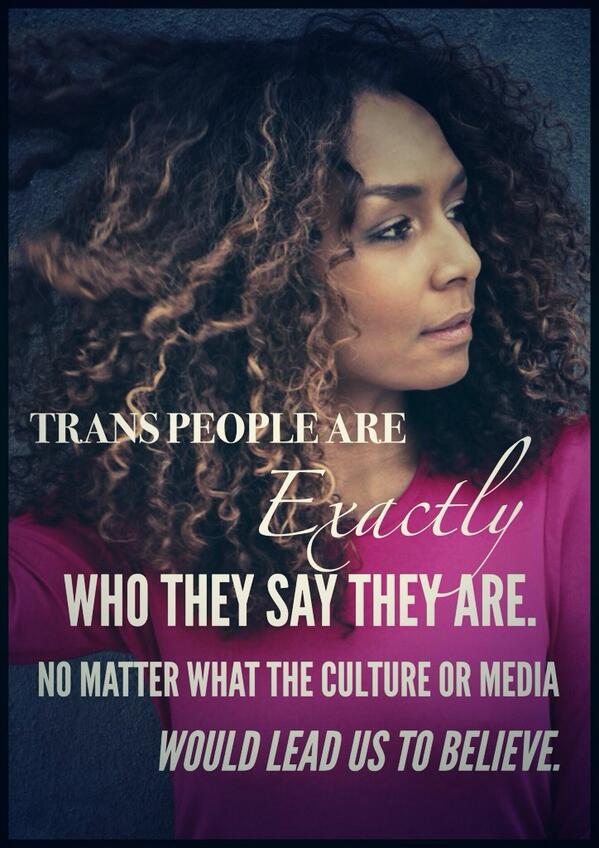 And that’s true even if they say they are third gender, or men dressed as women.