One of the highlights of my visit to Graz — indeed the one thing I desperately wanted to do before getting there — was visiting the Armoury. They have an incredible amount of mediaeval and early modern armour and weaponry on show. There’s enough kit, I was assured, to outfit an army of 5,000 men.

Quite a bit of it is unused. The large collection of infantry sabres in one of the pictures below was ordered for the Napoleonic Wars, but Napoleon conquered Austria so quickly that the blacksmith hadn’t finished them by the time the war was over.

The prize item in the collection is the horse armour. It was sold to the museum for two pints of beer by a nobleman who had no more use for it. Decades later it is worth millions.

If you want to visit the Armoury, it is best to go in summer. In the winter it is open only for tours on a select few days. I happened to get lucky in not only picking the right day, but also getting a personal guided tour. Thanks Cristoph, that was awesome! 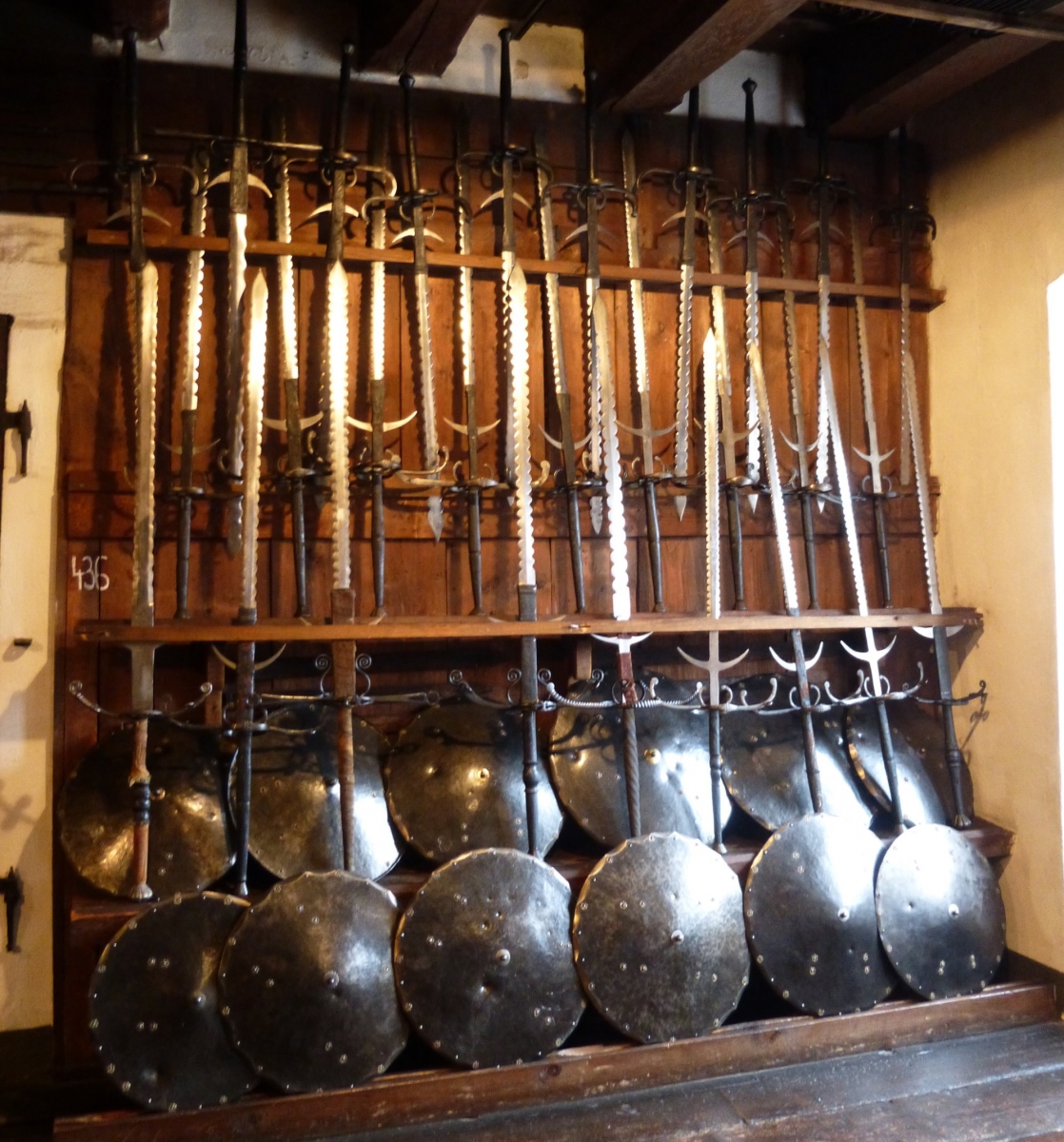 One thought on “The Graz Armoury”