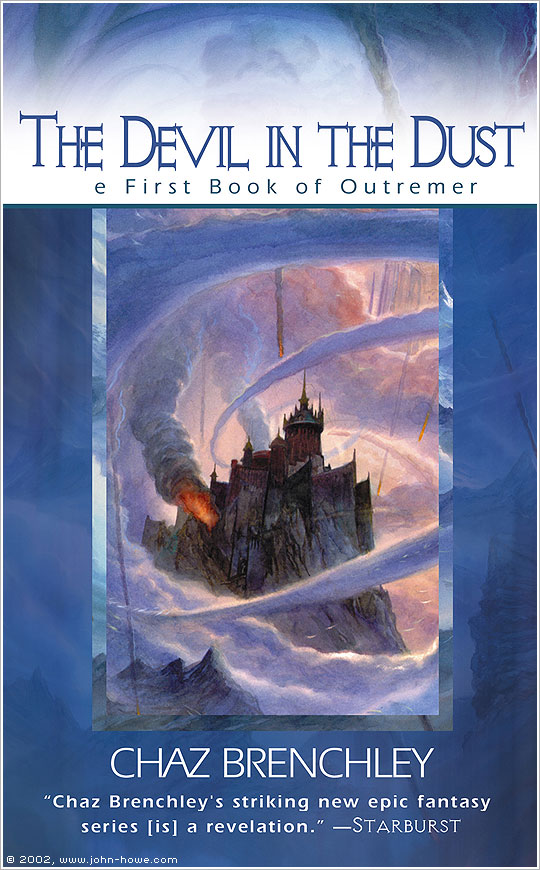 When I started Wizard’s Tower, my primary business plan was to help authors whose books had gone out of print to get them available to the public again. In particular I was looking at books for which an ebook edition never existed, because making an ebook was easy. Of course a lot of water has flowed under the bridge in the past 10 years. I certainly never expected to have a huge hit with original fiction published in paper. But equally I haven’t lost sight of the original goal. It is therefore with great pleasure that I can announce that Wizard’s Tower will be producing new editions of Chaz Brenchey’s Books of Outremer.

I read these books back in 2004 and was struck by how they provided a nuanced and understanding view of the Crusades at a time when simplistic and Islamophobic Crusader imagery was being widely deployed in support of the Iraq War, and that they featured a gay relationship between two major characters. In 2004 that was massive. But Chaz was a UK writer largely cut off from the UK scene, and positive coverage in Emerald City wasn’t enough to break him in America. These days he lives in the San Francisco Bay Area, so hopefully the new editions will find their way to US conventions, at least on the West Coast.

An interesting piece of synchronicity is that John Jarrold, who was the commissioning editor at Random House back in the 1990s who originally bought the books, is now Chaz’s agent and was responsible for negotiating the deal with me.

Those who know the books will have questions. Here are some answers. We will publish the series in six volumes as per the US edition. There will be new cover art. (I’ve given Ben Baldwin some ideas.) And there will be hardcovers. The first book will be out early in 2022, hopefully for LGBT History Month here in the UK. The rest of the books will follow over time, but we have the Crater School books to do as well and there’s a limit to how quickly Chaz and I, not to mention Ben, can get through all of this.

If you are unfamiliar with the books (and don’t mind spoilers) there is a website devoted to the series. Also I reviewed all 6 books for Emerald City.

And I am a very happy publisher.

One thought on “Outremer Returns”