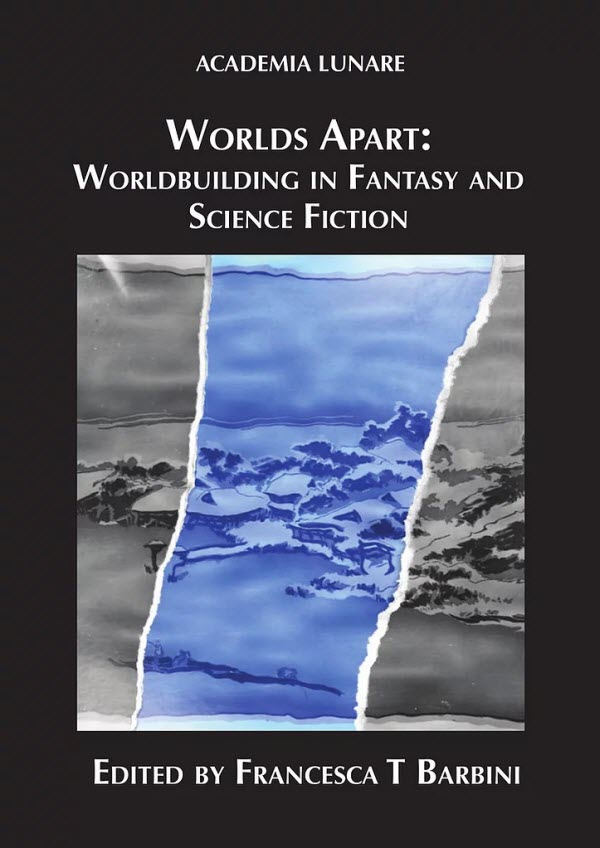 The latest volume in the Luna Press Academia Lunare series is now available. This one is called Worlds Apart: Worldbuilding in Fantasy and Science Fiction. As always, it is filled with fascinating essays on the titular theme, and an essay by me. This time I have written something about worldbuilding with sex and gender. Yes, it is a paper version of the funny animals talk. There are a few new creatures in the mix this time, and of course you’ll have the text to refer to rather than having to listen to me. I’ll talk a bit about the other essays in the next Salon Futura.

But that’s not all, because the short lists for this year’s British Fantasy Awards have been announced, and last year’s Academia Lunare book is honoured in the non-fiction category. That’s Ties that Bind: Love in Fantasy and Science Fiction, which features my essay, “Robot Love is Queer”.

The BFS Awards contain lots of other great works and people as well, many of them in that non-fiction category. I’d like to make particular mention of two of our Bristol people: Stark Holborn and Pete Sutton. Well done folks, great to see you getting honoured.