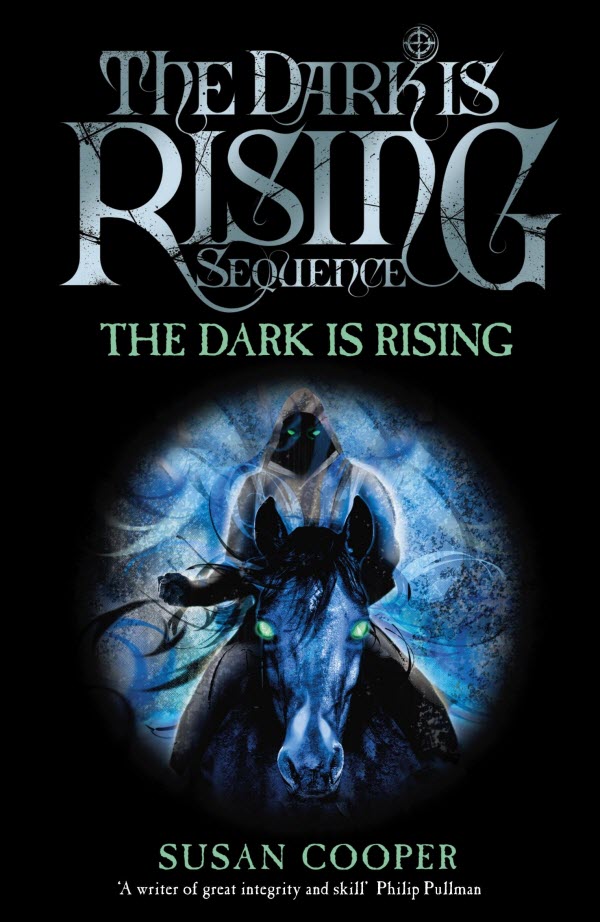 Yesterday morning I did a quick check of my podcast feeds in case there was anything worth listening to while I had breakfast. I was delighted to see that the Backlisted crew had a new episode up focused on Susan Cooper’s fantasy series, The Dark is Rising. The guests on the show were Robert Macfarlane, who writes about landscape in a way that fantasy writers love; and Jackie Morris, who in addition to being a writer and illustrator of books for children of all ages, turns out to have a voice that is always winter and never Christmas.

The discussion was excellent, as I had expected. I was partcularly pleased that it included extracts from Cooper’s Tolkien Lecture. But what got me sat up and taking notice was the music, which was taken from a concept album inspired by the books. The music was created by a chap who calls himself Handspan. He’s originally from the north-east of England, but now lives in Joensuu, a town in the mid-latitudes of Finland but far east towards the Russian border. The extracts I heard from the album were good enough for me to hop onto Bandcamp and by a copy, which I spent much of yesterday playing.

Handspan’s work is electronica, so of course it won’t be to everyone’s taste, but I enjoyed it. There are other instruments on it besides synths. Apparently Handspan has taught himself to play the kantele, a traditional Finnish stringed instrument.

Of course I then had to compare Handspan’s work to Bo Hansson’s album based on The Lord of the Rings. Hansson was a synth pioneer, and managed to catch the wave of Tolkien-mania that happened in the 1970s so the album did very well at the time. As far as I’m concerned, Handspan wins easily. Hansson’s work is not bad music, but I can’t see the connection to Tolkien. Handspan, on the other hand, totally gets British fantasy. A review of his album in Fortean Times says, “the album is as crisply keen as the sweeping snowdrifts and slate-grey sky that lend the book such an air of forbidding, suffocating stillness.” I’m guessing that he sees a lot of that sort of weather in Joensuu.

So that was my Christmas Day. Many thanks to the Backlisted crew and to Handspan for giving me a suitably wintry experience. Now I’m wondering if we can get Handspan to come to Finncon to talk about his work. I’m sure we can find a Cooper expert or two to be on a panel with him. And maybe we could have a concert.