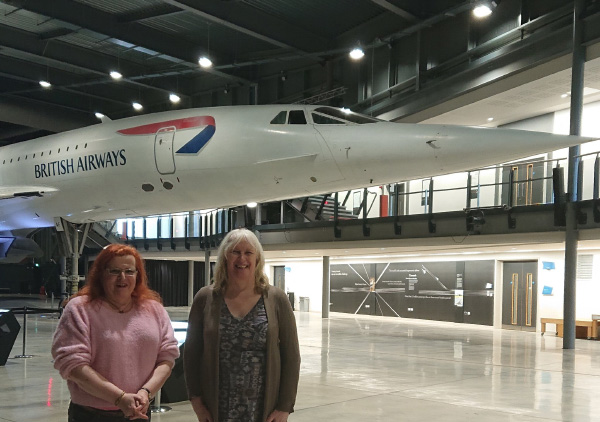 LGBT History Month is now well underway. In Bristol we began with an event at Aerospace Bristol, a brand new museum built to house a Concorde, and a wealth of other relics of Bristol’s proud aerospace tradition.

Because of where we were, the event focused on LGBT people in engineering, and in aviation in particular. That made it a bit hard to find cis women to speak, but trans women were delightfully abundant. The main speakers were:

We also had a panel of young people from the Alphabets youth group, and Drag Queen Story Time.

I have seen Caz Paige perform a couple of times before. Despite the fact that I know her story pretty well by now, she manages to tell it differently each time. For us she put in extra aircraft. I’m in awe of how much driving she puts in during LGBTHM. She’s far more in demand than I am. I bet she misses having a helicopter instead of a car. The photo above is of Caz and myself with a well known celebrity aircraft.

The event was sponsored by The Diversity Trust and was staged with help from OutStories Bristol and South Gloucestershire Council. The OutStories Bristol exhibition is in the Concorde Hanger and will be available to museum visitors until the 24th. Most of the work was done by Claire & Amy from the museum’s outreach team. I’m pleased to say that it all went very well.

Of course it could not be a properly queer event without cake. Thanks to Ian Boulton for providing something very appropriate. 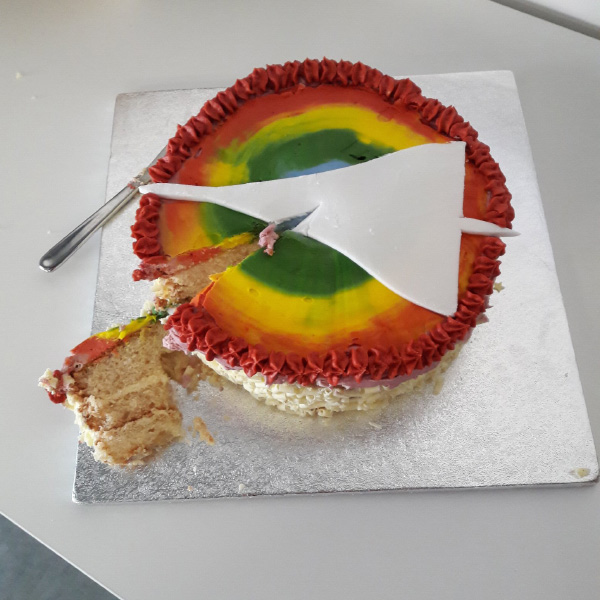