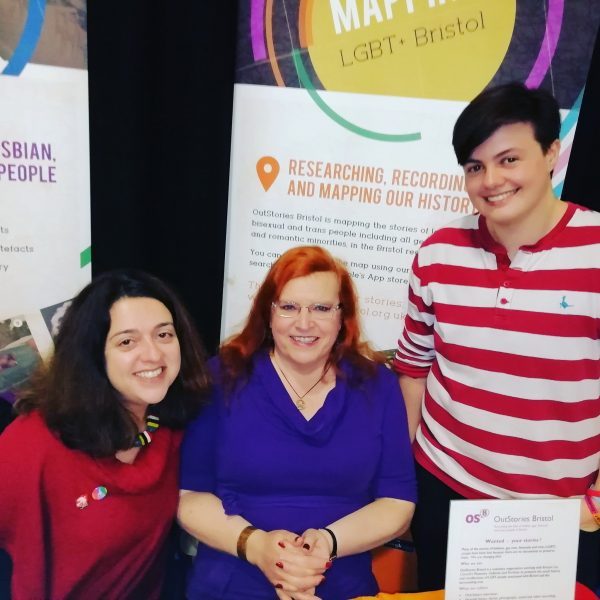 Last week saw the 4th anniversary of Trans Pride South West (TPSW), our local celebration of trans pride which sprang from Sarah Savage’s visit to our LGBT History Month event in 2016. I’m not involved in the running of it, but I do get involved in various parts of it.

This year, for the first time, we had a march. That began with a gathering on College Green in front of City Hall, and that meant speeches. We had some political representation. Carla Denyer, the Green Party candidate for Bristol West, was there. She was accompanied by a bunch of young party members, and by Baroness Bennett, so the Greens really put some effort behind us. The Liberal Democrats sent along James Cox who had kindly stood down in Bristol West in order to give Carla a better chance of getting elected. Sadly there was no official representation from Bristol Labour, though Kaz Self from the TPSW committee did make a speech on their behalf. There was also a representative from the Women’s Equality Party, which was of course me. So yes, I did make a speech. No one laughed, except when I wanted them to, which I am taking as a win.

From there we marched up Baldwin Street towards the city centre. We had space in The Station, a former fire station on Silver Street for a Community Day. There were just under 200 people (and three dogs) on the march, which was very good for a cold and wet November morning. I was very pleased to count at least 16 people of colour among us.

The Community Day had a lot of stalls. I was representing OutStories Bristol. The photo above shows me at my stall along with Spencer from TPSW and Alex from the hate crime charity, SARI. The Diversity Trust also had a stall. The event was very well attended. Indeed, around 13:00 you could barely move in the room. I think the committee might need to look for a bigger venue next year.

I was somewhat worried that there might be some attempt by right-wing groups to disrupt the march, but everything went off very smoothly. Clearly the anti-trans fauxminists are easily put off by a little rain.

I had to rush off immediately after the event ended as I was giving a talk in Brighton on the Sunday, so I didn’t get to chat to people at thing were winding down, but I’m very happy with how things went and I’m looking forward to TPSW being bigger and better next year.