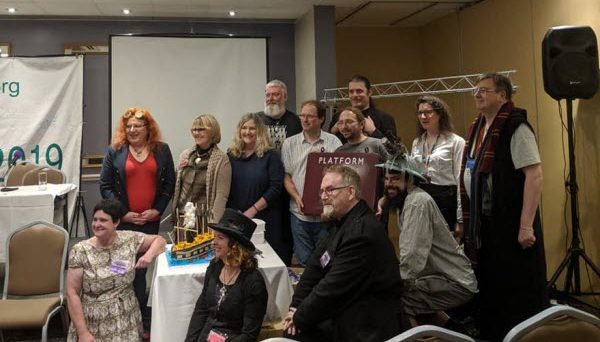 BristolCon happened, and Airship Shape & Bristol Fashion II is now well and truly launched. Above you can see most of the crew posing at the launch event, and below there is a close up of the magnificent cake that the convention provided for us.

As is usual with conventions, not everything went entirely smoothly, but a great deal of frantic paddling ensured that it was almost all OK on the day. I will have more to say about the convention in the November issue of Salon Futura. For now all I really want to talk about is the fact that I sold 74 books on the day. I sold 50 at Worldcon, which was great, but 74 in one day at a much smaller convention is spectacular.

Of course I still want to sell more. Airship II won’t earn out just yet. I doubled everyone’s advances on the basis of how well the first book sold, and I’m pretty confident that there will be royalties eventually, but in the meantime you folks need to buy copies.

The book is in all of the major stores. You can find links here. Google will follow in due course. They are just a bit of a pain to deal with.

Paperback copies are available from Amazon, and from all good bookstores. Just quote the ISBN (978-1-908039-91-0) and ask them to order it. The hardcover isn’t available yet because Andy Bigwood is snowed under at work and hasn’t had time to do the cover for me, but we’ll get there eventually.

Bay Area people, I’ll be working with Kevin to get both this book and The Green Man’s Foe to you for next time he’s at BASFA. Look at for an email about orders on the BASFA mailing list. Or just get Borderlands to order it for you.

Australians, I know you are still sore about the rugby, but you can get Wizard’s Tower books in your country now, either from Amazon or from bookstores. We print in Australia so they only cost an arm, not an arm and a leg.

Why should you buy this one? Well there’s a whole load of reasons, but my favourite one is that we have three stories in it by trans women. Bogi, I’ll be sending you a copy to look over for the next Transcendent anthology. 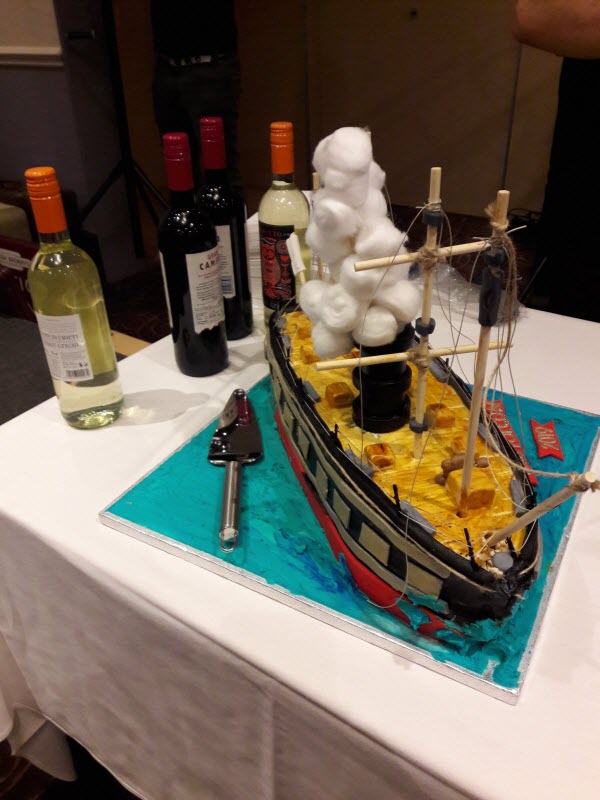