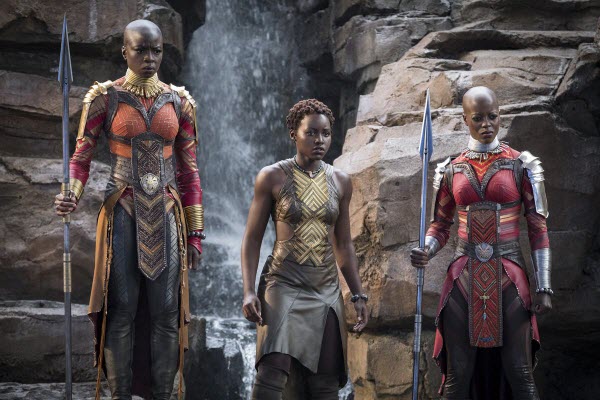 One of the more striking aspects of the Black Panther movie is the reliance of Wakanda on an all-female elite fighting force, the Dora Milaje. Those of us who have an interest in women warriors know that this was inspired in part by the real African kingdom of Dahomey which boasted its own female army. The Agojie, or Mino, made up around a third of the nation’s fighting force when they were first contacted by Europeans. Although they were disbanded after Dahomey became a French protectorate in the late 19th Century, memory of them lives on.

Lupita Nyong’o, who plays T’Challa’s girlfriend, Nakia, in the movie, has made a film for Channel 4 about the historical inspiration for Wakanda’s women warriors. Some local historians feature in the film, and the historical advisor for the programme was my good friend Professor Olivette Otele.

During the course of the programme Lupita meets a number of people who have connections to the Agojie, and is helped by the current Dahomey royal family. She also witnesses a Vodun ceremony that invokes the spirit of a dead Agojie warrior (CN: animal sacrifice).

It is a fabulous piece of history, exposing both the admirable and horrific aspects of an all-female army in an African society. One thing I picked up was that life in the Agojie was a common choice for young girls who did not want to marry, which shows that Dahomey made space for lesbians in its society, albeit a fairly brutal one. In theory all of the Agojie were married to the king, but he wasn’t likely to take advantage of that when he had a harem recruited for non-military skills.

The programme will be available for a few weeks, at least to viewers in the UK. If you want to watch it, you can do so here.