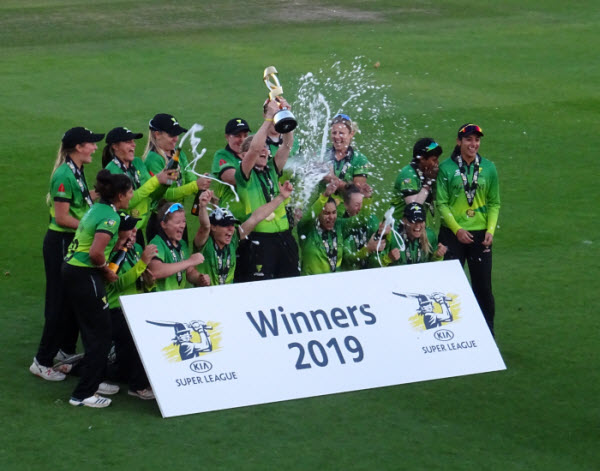 As trailed last week, I spent the weekend in Brighton watching the Finals Day of the Kia Super League. The weather was fine, the cricket was exciting, and best of all, WE WON!

Western Storm are now the only team to have won the KLS title twice. And because the league is being discontinued, we get to keep the trophy forever.

There will be much more coverage of the event in my radio show on Wednesday. It will include some good news about the future of women’s cricket in the West Country. I promise not to play The Wurzels, even though “Combine Harvester” is the official team song. But I might have a few storm-related songs.