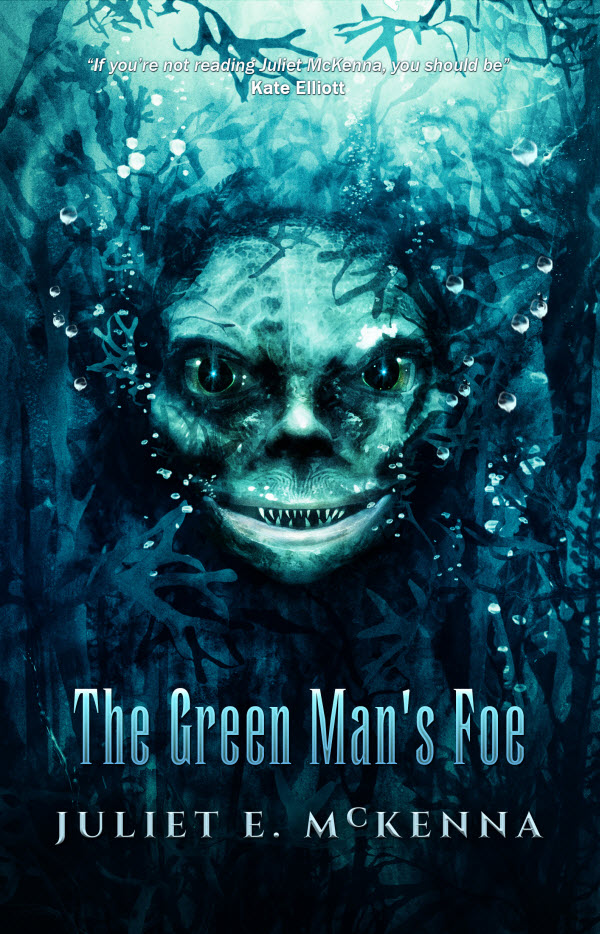 Worldcon is approaching fast, and The Green Man’s Foe is officially launching on August 15th, the first day of Worldcon. We should, barring disasters, have paper copies for sale at both Worldcon and Eurocon. One of my current tasks is to work out how many copies to have shipped to Ireland.

If you want to be sure of getting copies, please email me and let me know how many and which format(s). If you want copies of The Green Man’s Heir as well, let me know.

The book will be available from Francesco Verso’s Future Fiction company in the Dealers’ Room. I’ll be on the stand as much as I can. While you are there I suggest you pick up a copy of his new anthology, World Science Fiction #1: Visions to Preserve the Biodiversity of the Future, which contains stories from authors from all over the world. He’s also having a launch party (Saturday, 17 August, 12:30-13:30, Warehouse 2 (WH2), first floor, Point Square) but I won’t be there as I’m being interviewed for Scott Edelman’s fabulous Eating the Fantastic podcast.

I will also carry some books around with me, so you may be able to get a copy at one of my programme items. Juliet may do the same. I don’t know as yet whether she will have a signing, but I don’t know if you are allowed to sell books at a signing.

Francesco and I will also be at Eurocon in Belfast so if you are only going to that convention you can pick up there book there. Be warned that we may try to sell you a pre-support for the Fiuggi Eurocon bid, which you will want to buy because a) it is near Rome, and b) the 2021 Worldcon will be in the USA which may be an unsafe destination for many of us.

And finally a reminder that you can pre-order the ebook from either Amazon or Kobo. Those links are for the UK stores, but the book is available internationally.