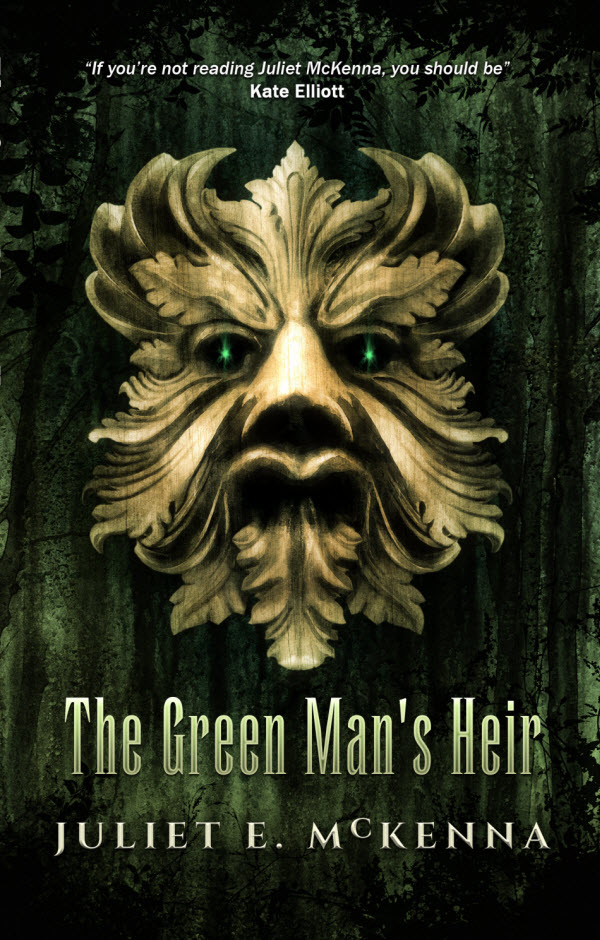 Here’s a piece of news I have been sitting on excitedly for a few days now. The Green Man’s Heir is a finalist in the Best Fantasy Novel category at the British Fantasy Awards. Naturally I think this is thoroughly deserved. Juliet is a great writer. She was a finalist in the BSFA Awards last year in the Non-Fiction category (for an essay in Gender Identity and Sexuality in Current Fantasy and Science Fiction, a book which won Non-Fiction in the BFS Awards), but this is her first major fiction nod since 2000 when The Thief’s Gamble placed 5th in the Locus Award for First Novel. This has been way too long in coming.

Congratulations are also due to Ben Baldwin whose magnificent cover has played a huge part in the book’s success. And to editor, Toby Selwyn, because everyone needs an editor and Toby certainly made the book better.

I am, of course, irrationally pleased that a book that draws its inspiration from a legend of the wild wood is up for the Robert Holdstock Award.

This is the first time that any book I have published has been up for a major award. I am absolutely delighted about it. It shows that even the smallest presses can produce great fiction. And more importantly it shows that the original premise of Wizard’s Tower — the idea that previously successful writers whose sales have taken a dip are not over the hill and can produce great work again if properly supported — is indeed correct. Mainstream publishers please take note.

Obviously I will be in Glasgow for FantasyCon. This will involve a certain amount of rearranging schedules because I was supposed to be elsewhere that weekend. But somehow I have to be at that award banquet.