When considering when to do a cover reveal for The Green Man’s Foe, Juliet and I decided that the Summer Solstice would be an ideal time. The Green Man, after all, is deeply connected to the natural world. And frankly, he’s going to need a bit of sunshine to help deal with this guy. 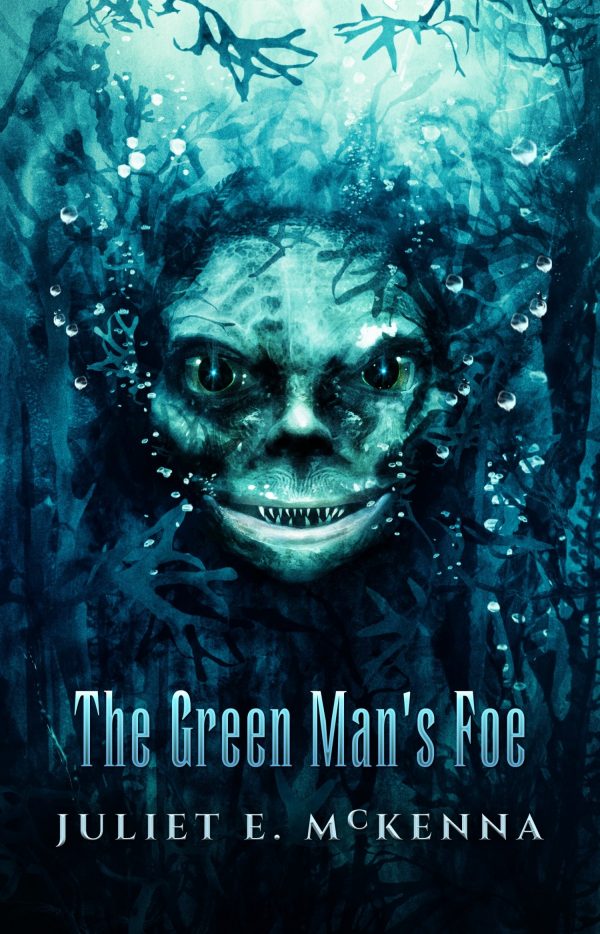 When you do a good job for someone, there’s a strong chance they’ll offer you more work or recommend you elsewhere. So Daniel Mackmain isn’t particularly surprised when his boss’s architect brother asks for his help on a historic house renovation in the Cotswolds.

Except Dan’s a dryad’s son, and he soon realises there’s a whole lot more going on. Ancient malice is stirring and it has made an alliance in the modern world. The Green Man expects Dan to put an end to this threat. Seeing the danger, Dan’s forced to agree. The problem is he’s alone in a place he doesn’t know, a hundred miles or more away from any allies of his own.

A modern fantasy rooted in the ancient myths and folklore of the British Isles.

It is, of course, another genius piece of art by Ben Baldwin. Juliet and Toby-the-Editor are just putting the final touches to the text. And when they are done I get to do the layouts. I’m still planning on having the book available at Worldcon. Once I have everything I need in my paws I will put the book up for pre-order.