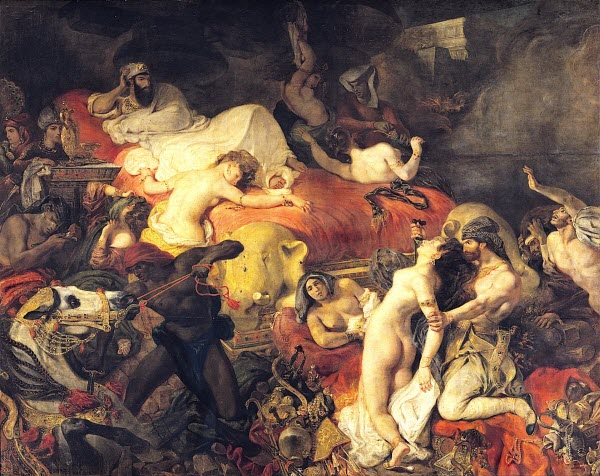 Hello, I am in Ghent, which is in Belgium, though very close to the Dutch border and most people here seem to speak Dutch.

The reason that I am here is that I am attending the 3rd Workshop on Gender, Methodology and the Ancient Near East. It is basically a gathering for Assyriologists who are mindful of gender and intersectionality issues in their work. That means that they don’t assume that the people they are studying are all white, all cisgender and heterosexual, and all convinced of the primacy of the nuclear family as a basic social unit. I mean, really, why would anyone make those assumptions? And yet they do.

Much of what goes on is relatively specialist. Also, like any academic conference, sometimes we get talks from people who are early in their careers and don’t have a lot to say. But they’ll get better from going to events like this. And there have been several really great papers already.

Being me, I was particularly interested in the session on the Neo-Assyrian Empire. My thanks to Amy Gansell for continuing to expand my knowledge of Assyrian queens, and to Saana Svärd for a fascinating paper that hinted at a possible matriarchal culture, and maybe even women warriors, among the ancient inhabitants of Arabia.

For this post, however, I will concentrate on just one paper: Omar N’Shea & Sophus Helle on the gendered performance of Ashurbanipal.

Some of you will have seen the exhibition about the life of Ashurbanipal at the British Museum over the winter. He’s the guy featured in the reliefs of a lion hunt. All very macho. And yet up until the 19th Century our view of him was very different. Our only evidence for his existence came from the Roman writer, Diodorus Siculus, who called him Sardanapulus and said he was decadent and effeminate. The picture above by Delacroix gives a good impression of the image Diodorus protrays.

Diodorus claims to have got his information from a Greek writer called Ctesias, but the work he cites hasn’t come down to us and Greeks tended to be a bit biased when talking about anyone from the part of the world where Persia then stood.

Then we did archaeology, and discovered Assyrian records, and the lion hunt reliefs. Our picture of Ashurbanipal changed significantly.

But it isn’t that simple. Here’s the famous picture of Ashurbanipal skewering a charging lion. 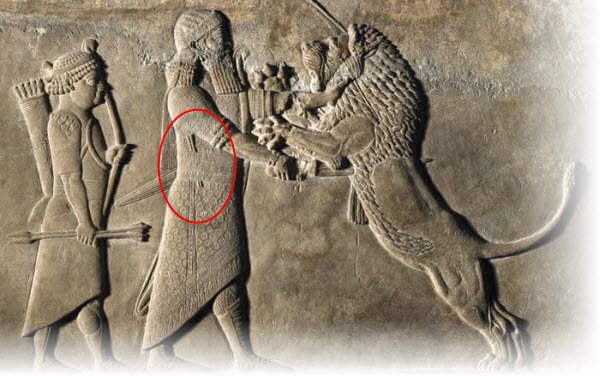 That thing in his belt that I have highlighted, it is a stylus, for writing on clay tablets. The King is a scholar as well as a warrior, and doesn’t go anywhere without the means of writing down his exploits.

Omar (and Sophus but he couldn’t be here this week) then pointed to a message from the goddess Ishtar to Ashurbanipal. The Elamites were in revolt, but Ishtar advised the King not to lead his troops against them. She, the Goddess of War, had it all in hand. He should stay safe at home and enjoy a feast or two. Here he is enjoying a garden party along with his principal wife, Libbali-šarrat.

And yet this scene of domestic tranquility is not all it seems. To the far right of the picture Ashurbanipal’s bow lies resting on a table. To the left the head of Teumman, the Elamite king, hangs from a tree.

Ashurbanipal, then, sends very mixed messages through his royal imagery and statements. On the one hand he is a pleasure-loving scholar whose empire is so safe he doesn’t need to go to war himself; on the other he hunts lions for fun and glories in the defeat of his enemies. This contradiction may have led to a certain amount of character assassination by his enemies, and that may have given rise to the legend of Sardanapulus.

So that’s the sort of thing I have been listening to today. My thanks to Omar and Sophus for a great paper.