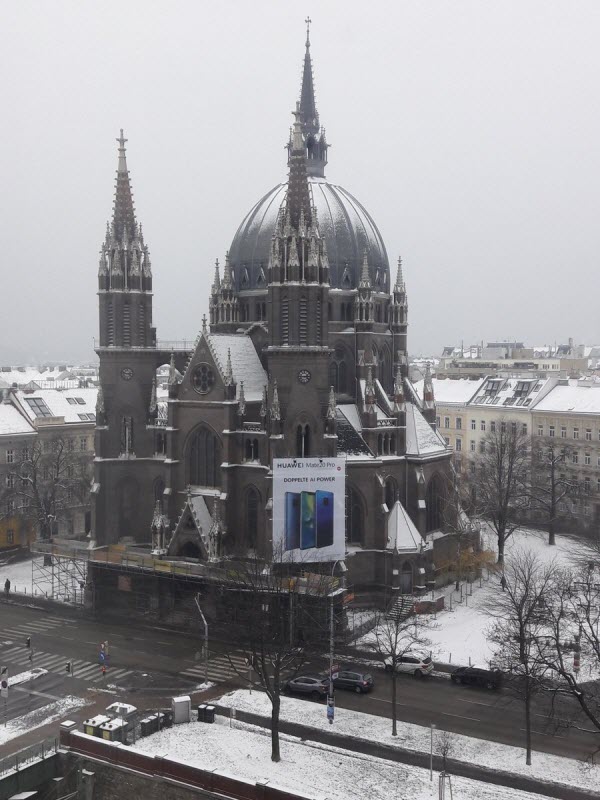 I’m spending a little time in Vienna on my way to the Worlding SF conference. After all, goodness only knows if I will ever be in Austria again, and I can’t come here and not see one of Europe’s greatest capitals.

It had snowed a little before I got here, as shown by the view from my hotel window above, but it has pretty much all melted by now. I got rained on a little today, but mostly the weather has been merely chilly.

Vienna has an excellent subway system which is color-coded so you can’t get lost. I have been using it all day for the princely sum of a €8 day pass.

I spent a lot of time just walking around and gawping because there is so much great architecture on display, but my main objective was to spent time in the Kunsthistorisches Museum because I am a sucker for an ancient history collection that I haven’t seen. In particular they have a unique statue of Isis that I wanted to see in person. Hopefully more on that in a later post.

The Museum also has a incredible amount of bling from the days of the Austro-Hungarian Empire. It was really quite overwhelming. And the Museum itself is an exhibit in its own right. I kept stopping looking in the displays and looking at the ceilings instead.

I didn’t get to see the Bruegel exhibition because it is so popular you have to book well in advance and be there at your appointed timeslot. I do like his work, but I only had one day here.

In among the historical stuff I also managed to find a cat cafe run by a lovely Japanese woman. And I have been managing to get by despite my almost total lack of German. People still ask me for directions, even here.

Tomorrow I will be heading south to Graz. There will be train photos for Kevin on Twitter.