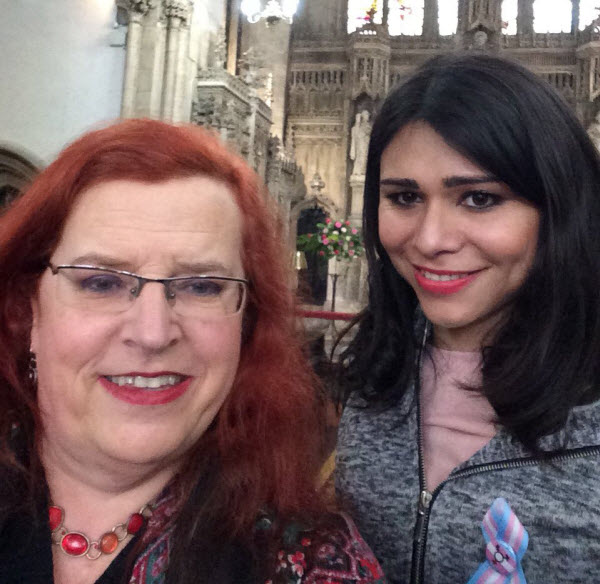 I haven’t written anything about this year’s Trans Day of Remembrance before now, partly because I have been ridiculously busy, and partly because there has been a whole lot going on that I’m not at liberty to discuss in public yet. However, there is one thing that it is important that I get out there.

One of the problems with TDoR as an event for us is that the vast majority of the victims live outside of the UK. We need the event to center on those people, not on the relatively privileged white people attending the ceremony. Also my language skills are practically zero, which means that I tend to mangle the names of the departed. It isn’t very respectful.

This year I was pleased to have the assistance of my friend and colleague, Aaron. He’s a trans man from Texas, and he offered to read the names from the USA and Mexico. That took a significant chunk out of my work load, and got those names done right.

This year, as last, around half of the victims were Brazilian. I was absolutely delighted to have the assistance of a Brazilian trans woman, Andie, who is visiting Bristol, to read the list. That was especially kind of her given how personal this must be for her.

Andie is going to be in the UK for a few months. She’s here, among other things, to raise the profile of Brazilian trans people and their plight. If anyone out there is interested in talking to her (looking at you, Fox, Paris, Jane) do let me know and I can put you in touch.

The picture above is a selfie of Andie and myself that I took at the flag-raising ceremony outside Bristol City Hall.

One thought on “Looking Back on TDoR”