It is very difficult doing this when you are not actually at the ceremony, so huge thanks to Susan de Guardiola for taking pictures for me. All of the photos below are hers except where mentioned.

Even so I am missing things. In particular I wish I had a picture of the amazing makeup that Julia Rios was rocking. There were doubtless many spectacular outfits in the audience that I have missed.

Having said all that, this was a spectacular year. Having a master costumer as con chair doubtless helped a bit. Here’s Kevin Roche rocking an outfit previously worn by James Tiberius Kirk. 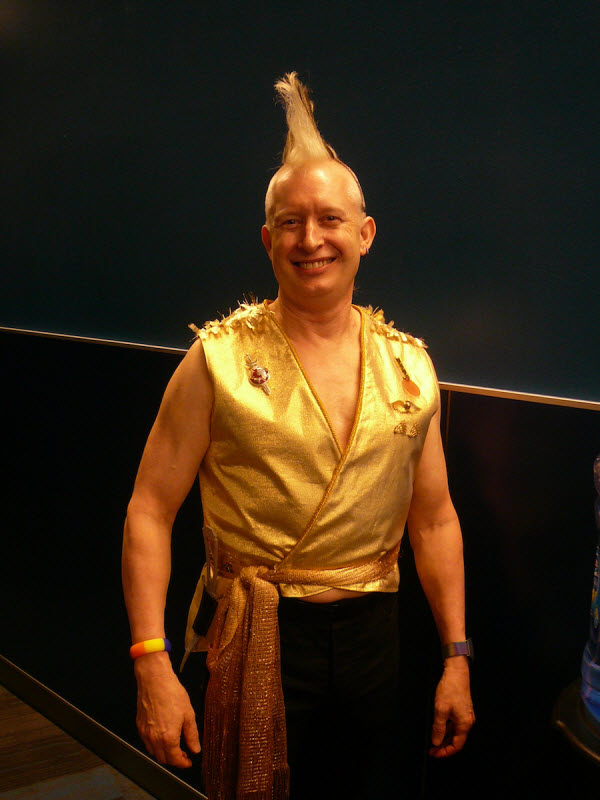 Johan Anglemark had a much more traditional male outfit, but if you look closely you’ll see that he’s wearing a Moomin tie to represent Swedish language fiction. (Photo by Fia Karlsson) 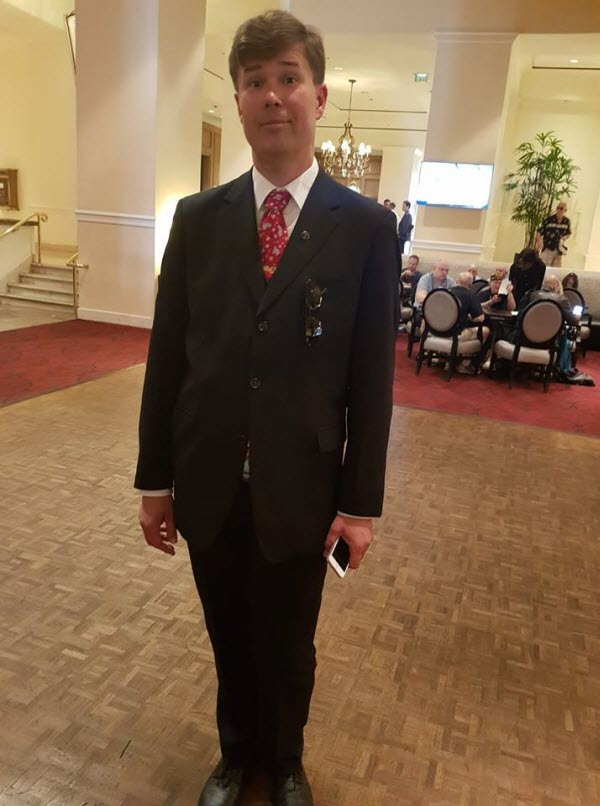 Zoe Quinn is always very elegant. Most photos don’t show shoes well, and I know there were some spectacular pairs around. At least we have Zoe’s. She has some great tatoos as well. (So does Sarah Gailey, but I don’t have a good photo.) 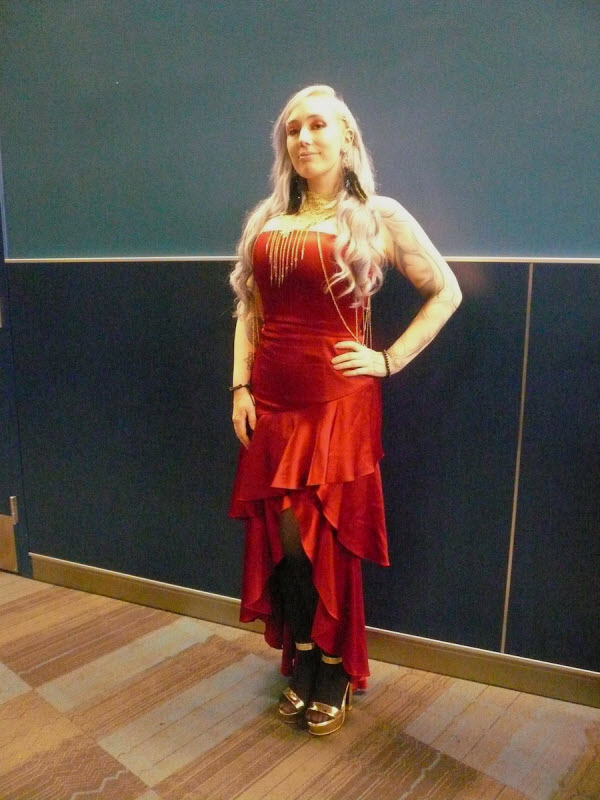 Sarah Felix proved the point that if you have some really great jewelry then you need something very plain to set it off. 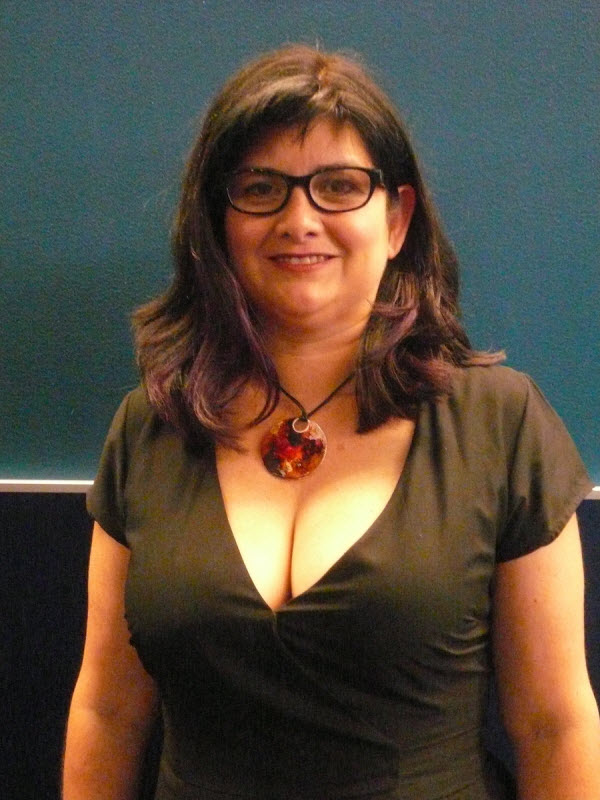 One of the best ways to get noticed at an event is to wear a solid block of a bright color. The Queen is an expert at that technique. Seanan McGuire was the most noticeable in bright orange, but this photo of her with Kate Secor (green) and Sarah Kuhn (pink) gives us a lovely rainbow (albeit not in the right order). 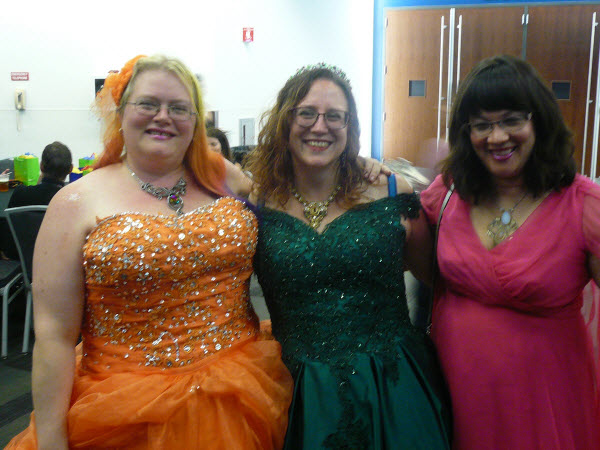 Mosty these photos tend to be of women, but Dominic Rowney proves that men don’t have to be boring. 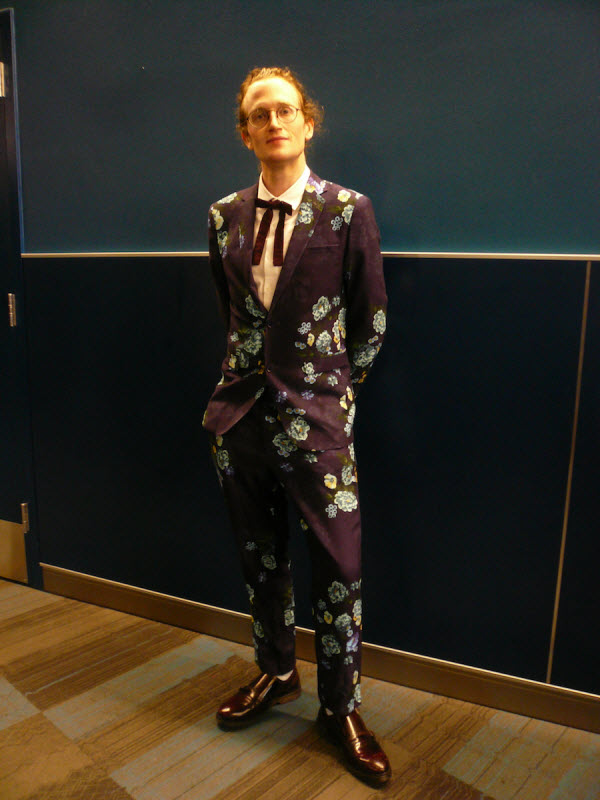 Ada Palmer always has wonderful historical outfits, but my eye here was drawn to Lauren Schiller. I love the dress, and I love the Ascot-style hat, but I’m not sure that they go together. 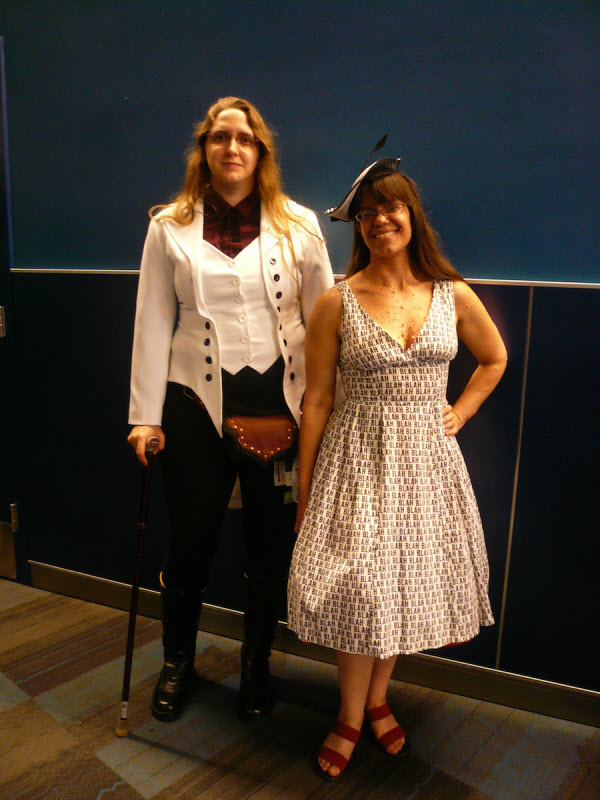 There being a lot of trans people around, we got a fair amount of messing with gender expectations. Non-binary people like JY Yang can wear whatever they like. 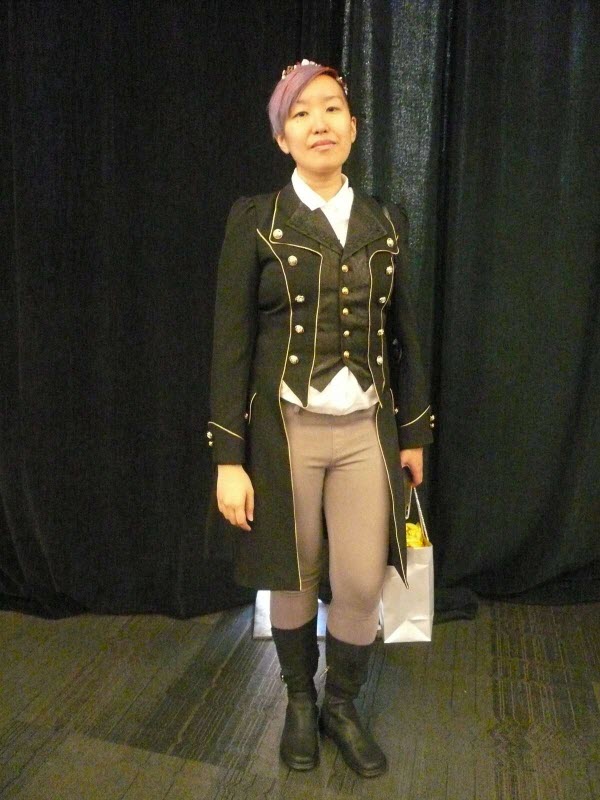 And here’s KM Szpara coming at it from the other direction. (Love that skirt!) 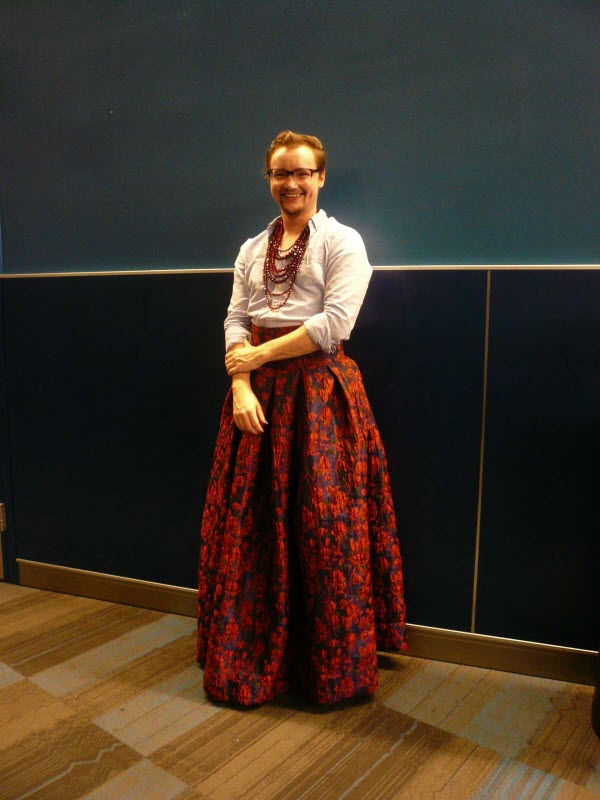 By far the most noticeable outfit of the night was that worn by Tehani Farr who I believe was at the convention as part of the Mexicanx Initiative. You couldn’t miss those horns. 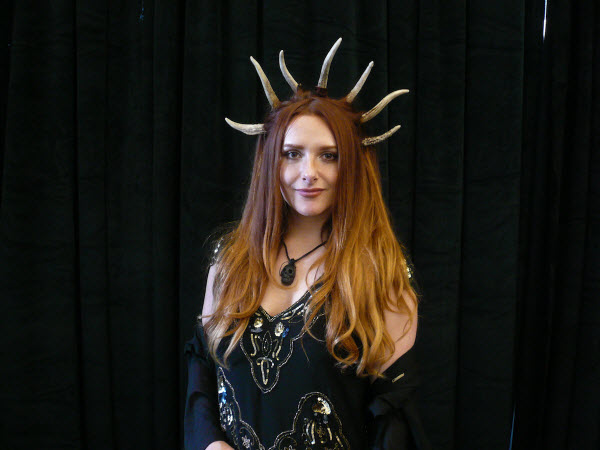 The thing that got everyone talking was Nora Jemisin’s caponcho, which was entirely appropriate for the star of the show. (Photo by Tor-dot-Com) 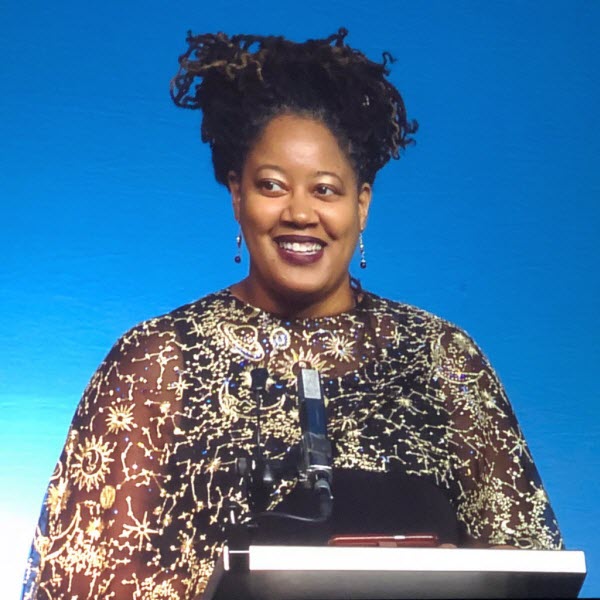 But my personal favorite of the night was worn by SB Divya. 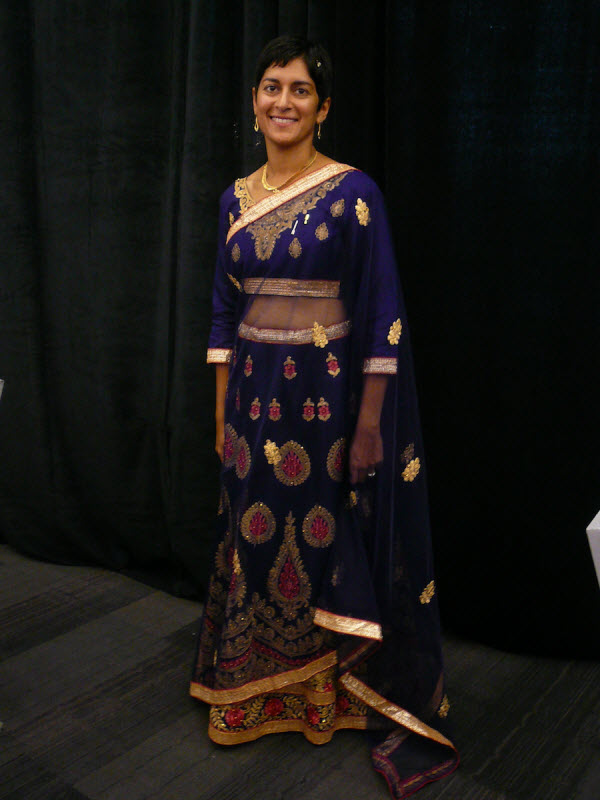 In addition to being a Nebula-finalist writer (in Novella last year) and a Hugo-finalist editor this year wth EscapePod, she also has degrees in Computational Neuroscience and Signal Processing. And she has great dress sense. I’m very impressed.

Update: Post corrected as SB Divya’s novella was a Nebula finalist, not a Hugo finalist.

One thought on “Best Dressed at the Hugos”