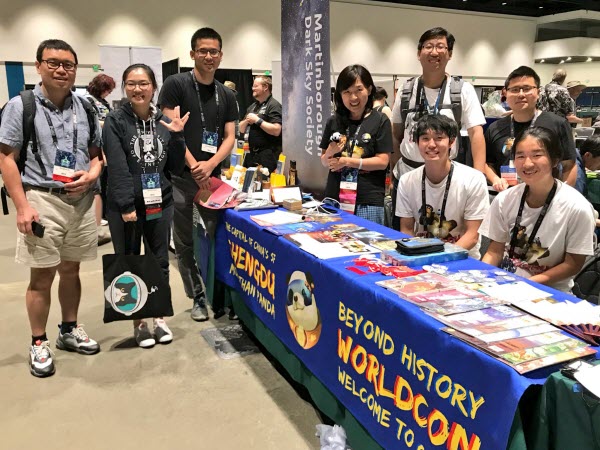 Here’s an exciting piece of news from Worldcon. A group of Chinese fans are bidding for what would be the first ever Chinese Worldcon. They are currently aiming for 2023 which, according to the Worldcon bids list, already has bids for Nice (France) and New Orleans (USA). Neither of those have been hugely active, whereas Chinese fandom has been working very hard to be visible at Worldcons.

Chengdu has already been the site of four international conventions, and next year will host the first ever AsiaCon. Those people who have been to Chengdu conventions have spoken highly of them, though of course running a Worldcon is another matter entirely because of the weight of expectations.

File 770 has more on the Chengdu bid here, and Samovar has a report on the 2017 Chengdu convention here.