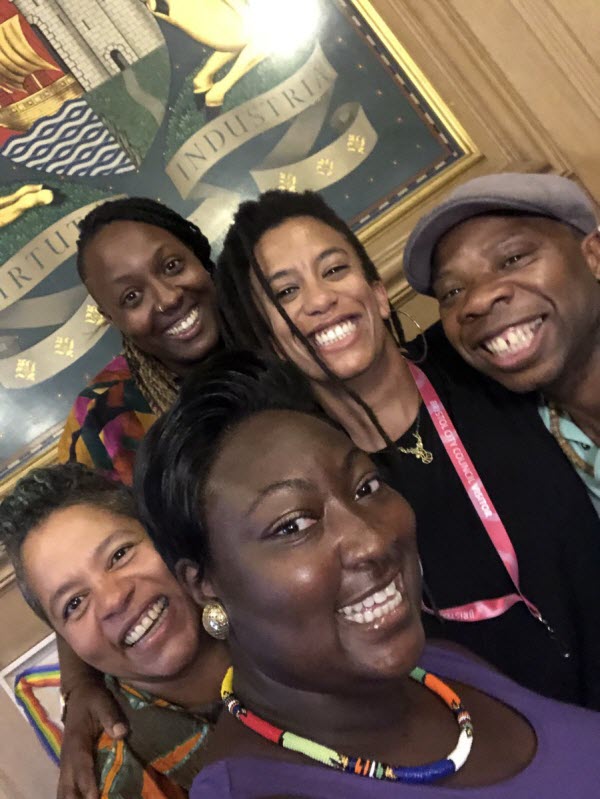 To be fair, it has been happening for a couple of weeks now. Daryn, Freddie and the rest of the crew have done an amazing job putting on a whole festival of LGBT+ goodness. However, this weekend was the culmination of all that, and it all began on Friday night with the city’s first ever official Black Pride event at City Hall. The photo above shows some of the organizers, along with the Guest of Honour, Lady Phyll Opoku-Gyimah. 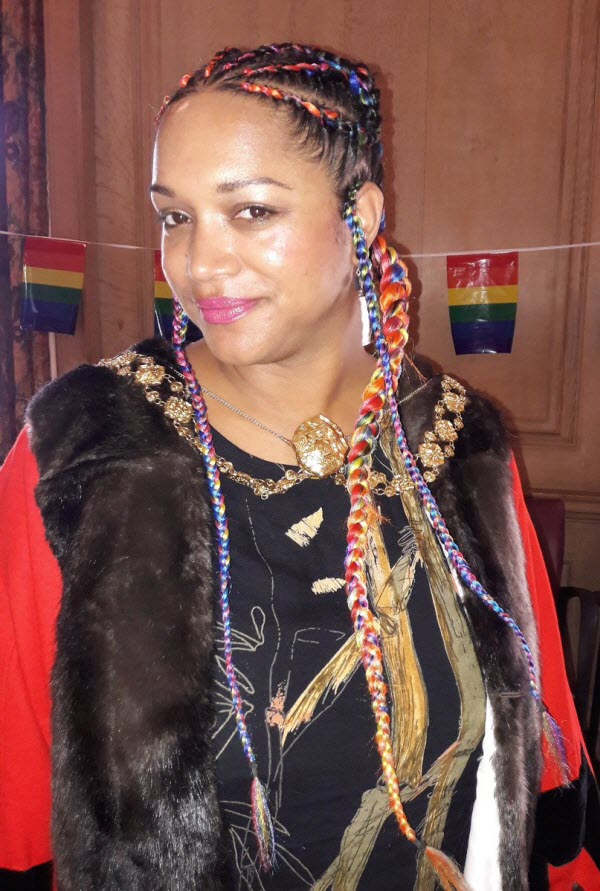 The event also saw contributions from the Deputy Mayor, Asher Craig (Labour), and the Lord Mayor, Cleo Lake (Green). Cleo (shown above) got totally into the spirit of things with some amazing hair. 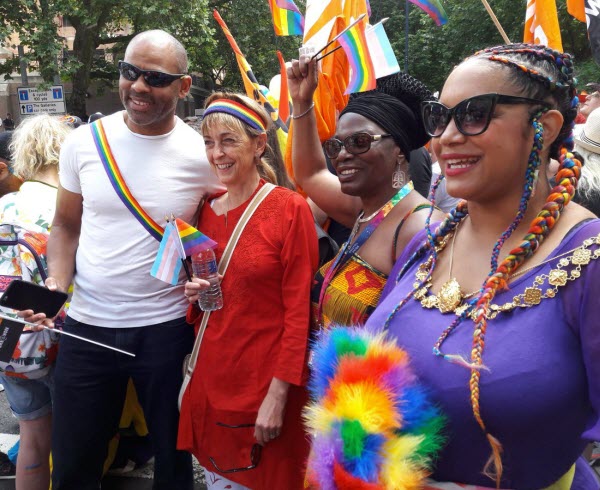 The big concern about Saturday was that there would be some sort of attempt by anti-trans extremists to disrupt the march, as happened in London the previous weekend. Daryn and the LGBT+ Group of Avon & Somerset Police worked hard to make sure that we would be prepared in the event of an attack, and they kindly kept me informed throughout the process. Thankfully everything went quietly, or at least as quietly as any Pride event can be. The March was led by the folks in the picture above. That’s the Elected Mayor, Marvin Rees (Labour); the Independent Police & Crime Commissioner, Sue Mountstevens; Asher Craig and Cleo Lake. They carried the front of the enormous flag though the whole parade. Here we are temporarily halted while the police cleared some buses from the road ahead. 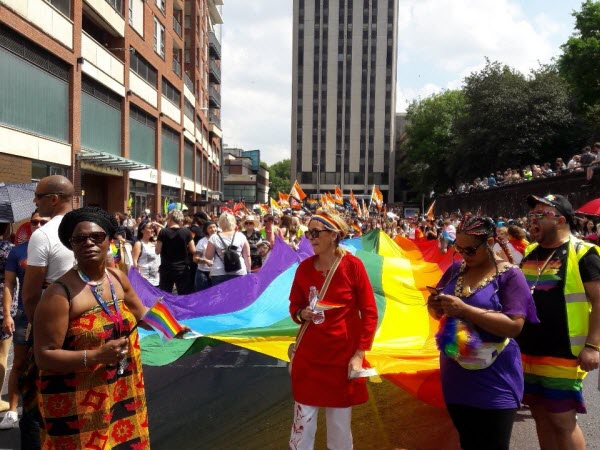 And finally, durign the afternoon the big screen in Millennium Square provided the first public showings of the Talking LGBT+ Bristol film produced by Bristol 24/7. The film is now available online, so you can all watch. My thanks to Caragh, Connie, James, the folks at Tusko Films, the Heritage Lottery Fund and all who made this possible. My OutStories Bristol colleagues, Charlie and Robert, are superb in this.