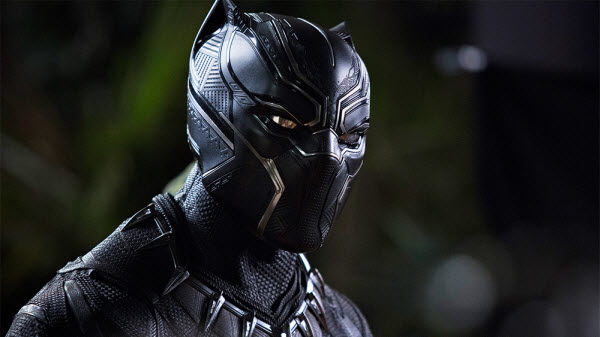 It was great to have T’Challa in the last Avengers movie, but giving him his own movie was always going to be a whole new level, and one Marvel could easily have botched.

I can’t pretend to understand all of the political issues that the film has to deal with. Africa is not a country, and African-Americans are not the same as Africans. I could see some of that being played out, and I know it will be impossible to please everyone. From my point of view, as a Black Panther reader from way back in the Don McGregor days, and a cat person, this was a fine movie. I also understood and enjoyed the parts where it made comment on wider political issues.

The film isn’t perfect. I’ve been seeing people online complaining about lack of queer content. But all things considered it could have been so much worse. Or it could not have existed at all, which would have been terrible. I very much hope that other people enjoy it as much as I did.

Oh, and stay right to the end of the credits. You always do that in Marvel movies, right?