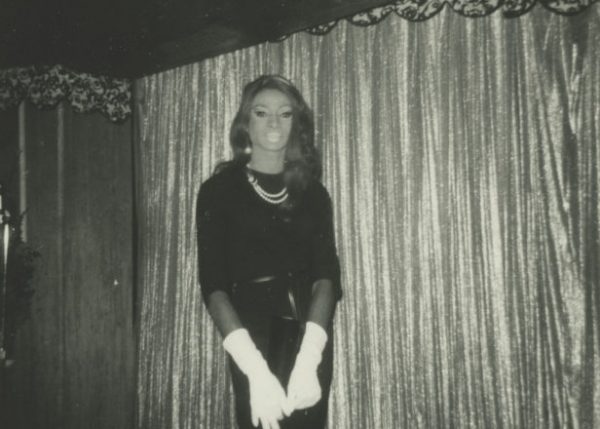 For the past two days my Amazon Horde and I have been entertaining audiences in London and Bristol. But LGBT History Month is as much an opportunity to learn for me as for anyone else. The people I am on platform with always have interesting things to say.

On Friday at the National Maritime Museum I got to meet Max Carocci, who works for the British Museum and is an expert on Native American cultures. Max has a little to learn about trans culture in the West, but he knows a lot more than I do about the people we now lump together under the umbrella term, Two Spirit. I’m really looking forward to spending time learning from him.

What I learned from Max is that the Navajo are even more amazing than I thought. I knew that they had four commonly recognized genders, based on how you were assigned at birth and how you ended up as an adult. But, like most ancient cultures, they had a much better understanding of intersex people that we do. Max told me that it was also possible for a Navajo baby to be assigned intersex at birth, making for a 5th social gender. Of course by no means all intersex conditions are recognizable at birth, but considering how appallingly intersex infants are treated by other cultures (including our own) this is remarkable on the part of the Navajo.

By the way, Max tells me that the Navajo are not comfortable with the term Two Spirit because their traditional beliefs do not include spirits. Umbrella terms are hard, especially when you are trying to bring over 100 different cultures together.

I was very pleased with the speakers I put together for the event at M Shed yesterday. Jana Funke, ever reliable, taught me a lot about the lesbian history of the women’s suffrage movement. (And people, if someone is called Christabel by their parents but insists on being known as Christopher there’s a lot more than just sexuality going on there.) But my big discovery came from Darryl Bullock’s talk on LGBT musicians.

I like to think that I know a bit about queer black musicians. I’m familiar with the likes of Bessie Smith, Ma Rainey, Little Richard, Big Mama Thornton and Billie Holiday. Darryl introduced me to Jackie Shane. Mind officially blown.

For a long time Jackie has been known as an extravagantly camp gay man. As she vanished from the music business in 1971 no one knew any better. Even in Darryl’s book that’s how she’s written up. But last year Jackie resurfaced. Darryl, bless him, was on the ball and yesterday he introduced us to Ms Jackie Shane, pioneering trans musician.

Born in Nashville in the 40s, Jackie began wearing dresses and high heels when she was four years old. By 13 she considered herself a woman in a man’s body and started wearing make-up to school. Her gender wasn’t so much a question as it was a matter of fact; pragmatic to the core, she knew who she was and lived it. As Jackie told Rob Bowman in his essay on her life, “I could not be anyone else if I tried. It would be the most ridiculous thing in the world for me to try to be a male.”

That quote is from an i-D article about Jackie. Considering how trans women of color are treated in the US today, Jackie’s story is little short of miraculous. Things have gone backwards so far since she transitioned.

Anyway, I have bought a copy of the only album of Jackie’s work that it available. It is extraordinary. I will be playing tracks from it a lot on the radio from now own. The photo above was apparently taken in 1967. If I’d known about her back then I would probably have spent the rest of my life trying to be her.