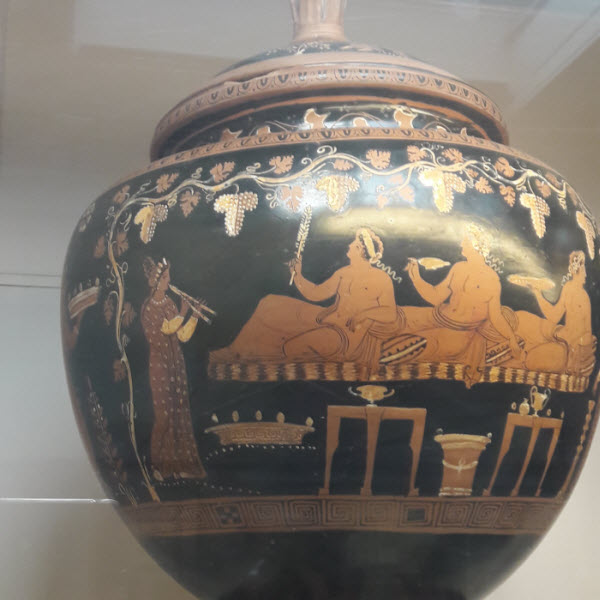 Everything went smoothly yesterday. Our cunning plan of having the AGM coincide with a really interesting talk ensures that we always get a quorum for the one important meeting of the year. My thanks to Dr. Jen Grove for a fascinating talk, and to the Institute for Greece, Rome and the Classical Tradition at Bristol University for providing us with the venue and refreshments.

I’d like to pay particular tribute to my friend and colleague, Andy Foyle, who stood down from his role as co-chair at the meeting. Without Andy, OutStories wouldn’t exist, and he’s the only professional historian among us. He has done amazing things for the organization in the passed, and we will very much miss his presence.

Jen’s talk covered a range of topics, from why a Platonic Relationship is so called, to the wisdom or lack thereof of using the Greek tradition of pederasty when advocating for LGBT+ rights today. I have an audio recording of the talk, and I’ll be releasing that, along with the slides, once Jen has OK’d the rights on all of the images she used.

One thing that struck me from the talk was the misogyny of EP Warren (the talk’s subject) and other 19th century gay activists. John Addington Symonds once wrote that he considered himself more manly than straight men, because he did not consort with women. Warren refused to allow women into his home (except for servants, of course).

This seems rather odd to me, because both men idolized the Greek tradition of the symposium. Yet when we see such events depicted on vases they generally have female figures in attendance on the men (see the example above). Generally such figures are assumed to be hetairae (high class sex workers), which would suggest that these gatherings were not, in fact, bastions of homoerotic activity. Bi erasure much?

What amused me most about the talk, however, was the revelation that Warren had been furious when his beloved Oxford University had allowed its Dreaming Spires to be polluted by the presence of female students. My mirth was, of course, a direct result of the fact that Germaine Greer has just been complaining bitterly about Oxford allowing trans women to attend a women-only college. Gender separatists with daft notions of biological essentialism are the same in whatever era you find them.