Easter is a time when all sorts of nonsense tends to get talked about religious history. For the record, the only evidence of a goddess called Eostre is a single paragraph written by the 8th century English cleric, the Venerable Bede. He does not mention rabbits, hares or eggs in connection with this supposed Anglo-Saxon deity. There are no known shrines to Eostre, no votive offerings, nothing.

Even more so, there is no known connection between Easter, Eostre and Ishtar, other than the fact that Ishtar’s main festival may well have been held in the spring.

One of the things that the ancients appear to have done at such festivals is make offerings of bread. These may have taken a phallic form. The most famous reference to this is an epigram by Martial

You’ll rarely see that translated because it talks about eating a phallus. However, Martial isn’t extolling the virtues of oral sex. Rather, he’s probably he’s probably expressing the well known Roman abhorrence of that activity. The epigram is titled “priapus siligineus” which probably means “bread phallus”. Martial seems to be suggesting that, rather than engage in oral sex, it is much cleaner to eat a bread substitute.

So the Romans may have baked bread in phallic shapes (and frankly if they didn’t then bread might well be the only thing they didn’t make into phallic shapes), and these may have been associated with spring fertility festivals. I’ve found no firm evidence of this. What we do know is that this practice appears to have found its way into Christianity. 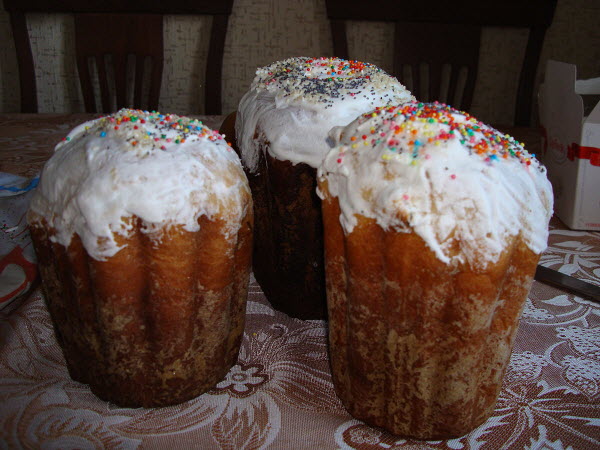 Exhibit one is the Russian Orthodox Easter tradition of baking Kulichi. These are tall, cylindrical breads traditionally topped with white icing. No doubt about the symbology there.

The 19th century French historian, Jacques Antoine Dulaure, reports that in the town of Saintonge phallic bread was still being baked for Easter in his lifetime.

The most obvious example comes from the Portuguese town of Amarante, but these magnificently phallic objects are now made for a festival in June, not for Easter. 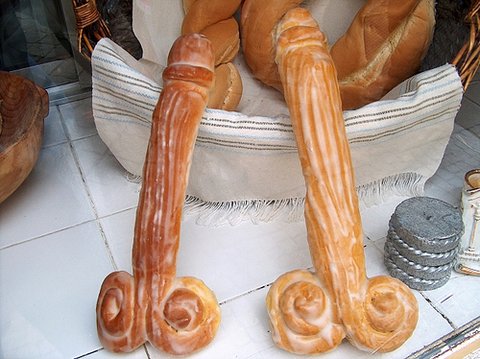 The theory is that early Christian clergy could not stop people making bread for spring festivals. But they could ask them to make it in a different shape. And just for good measure they put a cross on top to prevent anything devilish going on.