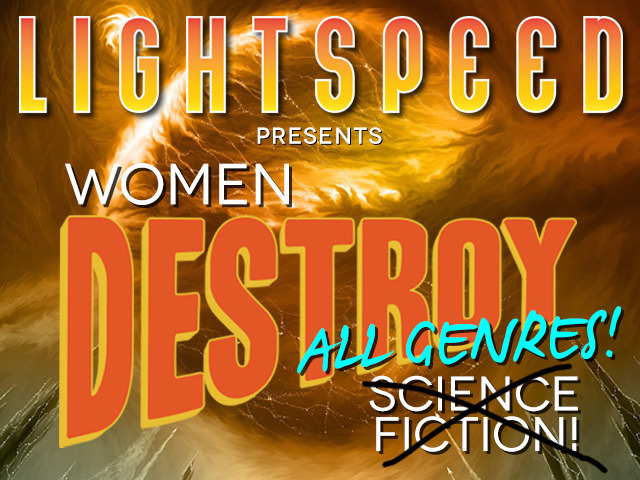 Well, I try anyway. I suspect that I destroyed it for Dave Truesdale many years ago, but that’s another story.

As you probably all know by now, Lightspeed has a Kickstarter campaign going that was initially intended to fund a special issue called Women Destroy Science Fiction, but has so far exceeded its goals that it will now also fund Women Destroy Horror, and is close to also funding Women Destroy Fantasy. I had a really good story idea for the science fiction one, but I just don’t have the time to work on it. Also I suspect that the competition is intense. So you can imagine how pleased I was to be asked to write one of the personal essays that they have been using to promote the campaign. That is now online, and you can read it here.

All I need now is for someone to start a petition demanding that I never be allowed to join SFWA.

One thought on “In Which I Destroy Science Fiction”